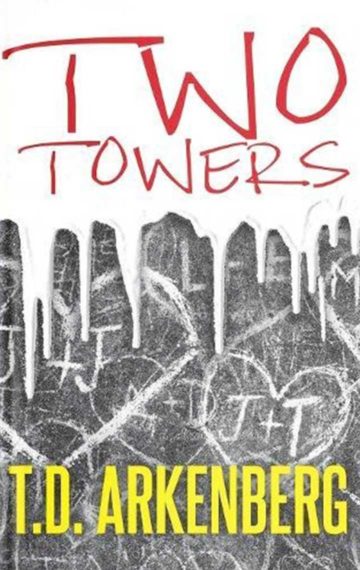 Sometimes, life pushes you to the brink. In his poignant memoir, Two Towers, T.D. Arkenberg navigates readers through a personal perfect storm. A resurgence of his father’s long-dormant cancer and chaos at his job in the aftermath of the September 11 terrorist attacks serve as the backdrop for a private struggle with a secret hidden for thirty-seven years. The story opens on Christmas Eve, 2001. Alone, he stands in his empty childhood home. Two months earlier, his father succumbed to cancer after a lengthy struggle.

Five weeks after that painful loss, his mother’s unexpected death shattered his world. The double-barreled blast toppled his towers of strength and unconditional love at a time he was barely treading water. Only weeks before his parents’ deaths, his professional life descended into turmoil. Nineteen hijackers commandeered four commercial jets, unleashing unspeakable terror on US soil. Two towers collapsed into piles of twisted steel, a dusty grave for thousands of innocent souls.

Two of the planes belonged to his employer. Eighteen colleagues were killed and thousands of others were soon without jobs. His leadership would never be more severely tested. Friends don’t know how he survives. Neither does he, especially with the added burden of a dark secret. As his world starts to crumble, fate offers a lifeline. Jim, a facilitator of a men’s coming-out group guides him through the process of accepting his sexuality. With towers collapsing around him, Jim might be able to save him from becoming another casualty. Two Towers stands as testament to duty and the power of love.